What Are IoT Devices & How MQTT Powers Them 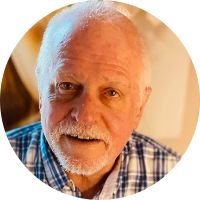 People who do not closely follow high-tech acronyms may be benefiting from the Internet of Things (IoT) even if they are not familiar with the terminology.

The Internet is a familiar term but what exactly are the Things that IoT refers to? Even in the arcane world of technical jargon, Thing is a nebulous term.

In science fiction, time travel is a thing. In pop culture, the Kardashians are a thing. Shakespeare said, “the play’s the thing.”

But those things are not what we are talking about when we talk about the Internet of Things.

Kevin Ashton of Proctor&Gamble is credited with coining the term Internet of Things in 1999 and sometime after 2010, it emerged as the umbrella acronym for a host of products featuring connected sensors and devices.

A search of the Web reveals that the term IoT is not without its critics.

However, despite its fuzziness, the IoT acronym is ubiquitous in everything from computer science research papers to sales and marketing literature.

Fuzzy and possibly inaccurate as it may be, IoT is here to stay.

So what are we talking about when we talk about IoT?

What Is an IoT Device?

Consumers may not know what IoT stands for, or what is meant by Internet of Things, but they are probably interacting with the IoT devices that are becoming commonplace in everyday life.

If you are walking your dog with a tracking device collar, that is an IoT implementation of GPS pet location tracking. While you’re out for your walk, your home may be watched over by internet of things home devices providing remote users with indoor temperature control via the Nest thermostat. And that’s just the tip of the iceberg for consumer IoT-based products.

So what makes these in-home Internet of Things gadgets part of the broad IoT device category?

A TechTarget definition of this category states in part: “IoT devices are the nonstandard computing devices that connect wirelessly to a network and have the ability to transmit data such as the many devices on the internet of things.”

Basically, the IoT category includes a wide variety of network components, sensors, and computing devices encompassing everything from at-home gadgets to sophisticated sensors monitoring machinery on factory floors or in the field. These IoT devices are sending data on the status from remote locations. A homeowner might receive a text message about carbon monoxide buildup in their home. A utility company might receive an alert that the temperature is exceeding recommended levels for field equipment.

Since the early days of space exploration when ground controllers needed to know the status of equipment on orbiting satellites, engineers have been creating increasingly complex sensor devices capable of transmitting critical data via various networks, most famously the Internet.

Since Ashton coined the term in 1999, the growth of IoT devices has been astronomical. Estimates vary but range from 10 billion to 30 billion IoT devices currently connected globally.

Examples of IoT Devices and Applications

Businesses are seeing the value in placing a growing number of IoT-based applications in retail locations and offices, according to TechTarget’s Top 8 IoT applications and examples in business. It quoted research firm IDC predicting double-digit growth for IoT at a compound annual rate of 11.3 percent from 2020 to 2024 in healthcare, insurance, and education.

BMW Mobility Services is a business group within BMW Group that is developing innovative new solutions for the changing mobility requirements of the urban population. By 2030, more than 60 percent of the world’s population is expected to live in cities, so BMW Mobility Services is focused on building mobility services that are integrated into urban lifestyles such as car-sharing and other mobility concepts.

One such service developed by BMW Mobility Services is a car-sharing product for fleet operators. This service provides fleet operators the ability to remotely manage a vehicle fleet, issue remote commands to individual vehicles (for example: lock/unlock) and collect data from each vehicle. The carsharing service by BMW Group ‘DriveNow’ (since 22 February 2019 part of SHARE NOW) uses this car-sharing product and at that time is available in 12 European cities. Find out more at HiveMQ Connectivity Solutions for the Automotive Industry.

The Industrial Internet of Things (IIoT)

Much of the work that was once done by technicians going out in the field and checking gauges on equipment in industries including energy and agriculture can now be done remotely by IoT sensors transmitting data back to central office computers where apps can alert technicians to problems. Sensors can detect early warning signs, such as overheating, so the issue can be ameliorated before it reaches a critical stage.

IoT devices in urban and suburban areas including sensors for traffic flow, energy use, and utility status, provide municipalities with ways to keep tabs on what’s happening around town. The data being collected is also helpful to citizens in these Smart Cities, including drivers who receive traffic updates via Google Maps and other GPS systems in their cars, so they can reroute to avoid gridlocked streets.

“IoT deployments in smart cities are primarily aimed at improving sustainability in the face of urbanization challenges, supporting the implementation of smart intercity transportation networks, optimizing water management efforts, and improving the lighting and heating efficiency in buildings and public structures,” according to Datamation’s IoT in Smart Cities in 2022. With a current compound annual growth rate (CAGR) of 18.1 percent, the Smart Cities IoT market is expected to reach $260 billion by 2025.

What are the Advantages and Disadvantages of IoT Devices?

Internet of Things’ advantages and disadvantages are similar to other technologies and applications that have emerged since English computer scientist Tim Berners-Lee invented the World Wide Web in 1989. For example, everything from novels to breaking news is available online but brick-and-mortar bookstores and printed newspapers and magazines have almost disappeared. Online banking is thriving but there are fewer bank offices. Risks and benefits are similar when considering the Internet of Things’ pros and cons. As is true with e-commerce and e-business applications, security is a major issue with IoT. Data transmitted from devices and sensors over the Internet or a private network might be intercepted by cybercriminals before it reaches its intended target computer system or database. Ransomware has the potential to freeze an infrastructure supporting IoT systems rendering them inoperable. As with all hardware, IoT devices and sensors can fail or be tampered with resulting in corrupted or lost data. Security for both home and business begins with prevention, especially using strong passwords for the network and infrastructure the IoT devices are using. Simple passwords like 1234 or We1come are easy to hack. Birthdates and pet names are easily hacked. Complex strings of random numbers, letters, and symbols from a password generator are available for free to Google Chrome users to help discourage hackers. Businesses need a security administrator and strong security policies and employee training to protect vital IoT operations and data. More detailed information on IoT security is available from HiveMQ’s Why security is paramount for IoT applications.

How The MQTT Protocol Works with IoT

The key to IoT implementations is the ability to transmit data via a network from a sensor or device to computer systems that log, store and act on the information ranging from data from connected cars on the road to performance readouts for machinery on factory floors. MQTT provides lightweight, timely and reliable IoT messaging. “The MQTT protocol is the de-facto standard for IoT messaging,” explains HiveMQ documentation. “Standardized by OASIS and ISO, MQTT publish/subscribe protocol provides a scalable and reliable way to connect devices over the Internet.

Today, MQTT is used by many companies to connect millions of devices to the Internet.” For a deep dive into MQTT and how it powers IoT, HiveMQ provides a 72-page Ebook, MQTT Essentials, detailing the operations and management of IoT applications using the standard.

HiveMQ supports IoT by providing companies with technology that makes it possible to securely move data from device to cloud. The company’s flagship product, HiveMQ, is an MQTT-based messaging platform designed for the fast, efficient, and reliable bi-directional movement of data between devices and the cloud. Learn more at hivemq.com.

"Any connected product will need some type of publish/subscribe bi-directional communications that can be supported over different network topologies. HiveMQ and MQTT is the best solution we have found in the industry. It is a standards-based approach so we don’t worry about vendor lock-in. The other alternative is to build your own connectivity solution but that is a non-trivial task that takes time, a lot of resources and is prone to errors. If you are building an IoT solution and looking for a reliable, scalable and also flexible publish/subscribe system, I would definitely recommend using HiveMQ."

"MQTT makes it easy to redesign the tablet for different use cases. Abstracting the technology for different modules of automation and configuring different levels of rules is extremely simple in MQTT, both on the local device level and on the server. We plan to introduce version 2 of our tablet in the near future and will definitely continue with MQTT and HiveMQ."

- Henri Leménicier, Research and Development, Arkéa On Life, on a HiveMQ Case Study

"The potential for our automotive industry partners to develop new services with this data approach is nearly unlimited. We find MQTT is a reliable and cost-effective protocol for moving the data between the car and the cloud."

Richard Seeley is a journalist covering business computing technology. As an editor at 1105 Media Inc., he wrote articles for publications including IoT Dev 360, Application Development Trends, and Remond Magazine, as well as Redmond Intelligence white papers. Prior to 1105, he was a news writer for TechTarget covering Web Services.