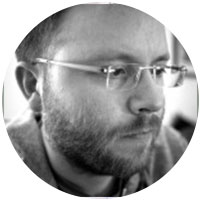 The PubSubClient for the Arduino open-source electronics platform has been available since 2009. At the time, Arduino had recently released its first Ethernet Shield and it seemed a natural fit to run use MQTT.

With such a constrained environment, it was important to keep the library as small as possible. This could be achieved by only implementing the features of the protocol that made sense. In particular, it only supports Clean Sessions and does not support QoS 2 messages as there is such limited memory and no standard persistence mechanism.

The Arduino platform defines a standard api for network client libraries to implement. By allowing sketches to pass in any implementation of the API, the PubSubClient is able to support a wide range of Arduino-compatible hardware out of the box.

It has been used in a number of production systems and has recently been updated to support MQTT 3.1.1.

There are other constants defined it that file to control the version of MQTT used and the keepalive time, as well as constants that reflect the different connection states the client can be in.

The library can be installed into the Arduino IDE using the built-in Library Manager.

The latest release can also be downloaded directly from GitHub

Maximum Message Size As part of minimising its footprint, it limits the size of any MQTT packet it can send or receive to 128 bytes. If you want to send or receive messages larger than this, you must change the value of MQTT_MAX_PACKET_SIZE in PubSubClient.h. The library allocates this much memory in its internal buffer, which reduces the memory available to the sketch itself.

The following example assumes you are using the standard Ethernet Shield. For other hardware types, refer to its documentation on how to initialise the appropriate network client.

The client connects with a default keepalive timer of 15 seconds. This can be configured by changing the value of MQTT_KEEPALIVE in PubSubClient.h.

Once connected, the mqttClient.loop() function must be called regularly. This allows the client to maintain the connection and check for any incoming messages.

In order to minimise the size of the library, the choice of MQTT version must be done at compile time. The version is chosen by changing the value of the MQTT_VERSION in PubSubClient.h - it defaults to MQTT 3.1.1:

The client only supports publishing at QoS 0:

The function will return true if the message was successfully published to the server. It will return false if:

Then, once the client is connected, it can subscribe to a topic:

The call to subscribe will return true if the subscribe packet was successfully sent to the server - it does not block until the acknowledgment is received from the server.

It will return false if:

If you want to publish a message from within the message callback function, it is necessary to make a copy of the topic and payload values as the client uses the same internal buffer for inbound and outbound messages:

As with the call to subscribe, this function will return true if the unsubscribe packet was successfully sent to the server - it does not block until the acknowledgment is received from the server.

It will return false if:

This will disconnect from the broker and close the network connection. The client can be reconnected with a subsequent call to mqttClient.connect()

The library provides a number of examples when added to the Arduino IDE. They can be accessed by selecting “File” -> “Examples” -> “PubSubClient”

The following is a basic example that connects to a broker, publishes a message and then subscribes to a given topic. Whenever a message is received it is printed to the Serial console.

Nick is an Emerging Technology Specialist at IBM where he gets to do interesting things with interesting technologies. He has been involved with MQTT for 10 years, working on both client and server implementations, as well as production solutions. He is a member of the OASIS MQTT Technical Committee.