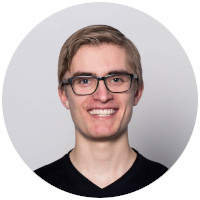 Last Friday the HiveMQ MQTT Client library turned 1 year old. The official release of version 1.0.0 was exactly one year ago. Time to look back on some statistics from the year.

In this one year the artifacts of the HiveMQ MQTT Client were downloaded 24,152 times from Maven Central and 12,698 times from JCenter. These download numbers include all artifacts: JAR, Javadoc, and sources.

The following graph shows a positive trend of the downloads from Maven Central:

A similar trend can be observed in the JCenter statistics:

The numbers show widespread adoption of the HiveMQ MQTT Client as a standard MQTT client library for Java. We are happy to be able to provide value both for our customers and the HiveMQ open-source community.

The development actually started more than one year ago. We decided to open-source the project as early as possible to get initial feedback, even before the 1.0.0 release. As an open-source project, further development takes place publicly on GitHub so everyone can give feedback and contribute.

We are looking forward to growing our open-source community over the next years. Feel free to participate.

Have a great day,

Silvio from the HiveMQ Team

Silvio Giebl is a software developer at HiveMQ and maintainer of the HiveMQ MQTT Client open-source library. He is interested in high-performance applications on the JVM and reactive programming.