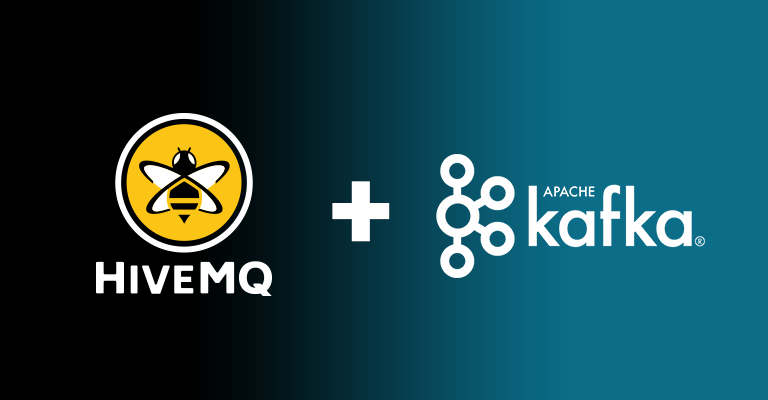 HiveMQ is pleased to announce HiveMQ Enterprise Extension for Kafka, a new product that makes it possible for Apache Kafka users to connect and ingest MQTT data streams from IoT devices. The new HiveMQ product addresses many of the technical and architecture issues Kafka customers experience when attempting to connect IoT devices.

Kafka is an extremely popular open source project used for processing real-time data streams between systems or applications. Kafka is well suited for data ingestion of cloud native server applications. However, the architecture of Kafka is not well suited for data ingestion of IoT device data due to 1) the tight coupling between Kafka clients and Kafka brokers, and 2) Kafka’s requirement for stable network connections. Both of these issues make it difficult for companies to connect Kafka with IoT devices in a reliable and scalable manner over the Internet.

HiveMQ is an enterprise MQTT platform that makes it possible to quickly move data from connected IoT devices. The new HiveMQ Enterprise Extension for Kafka offers a native implementation of the Kafka protocol embedded in the HiveMQ MQTT broker. This allows for a seamless and scalable integration of MQTT data streams between millions of IoT devices and multiple Kafka clusters.

HiveMQ Enterprise Extension for Kafka will allow Kafka users to:

“Our customers want to use Kafka to process their IoT data streams in the backend but are limited by the current Kafka architecture.” explains Dominik Obermaier, CTO of HiveMQ. “They have tried to use Kafka proxies and Kafka Connect for MQTT but these solutions don’t provide the reliability or scalability IoT solutions require. This is why we implemented the native Kafka protocol directly in the HiveMQ broker. This is the only way customers will be able to achieve the seamless integration of IoT device data with Kafka.”

The HiveMQ Kafka Enterprise Extension is available to customers of HiveMQ Professional and HiveMQ Enterprise.

HiveMQ helps companies connect devices to the Internet. We make it possible to move data from device to cloud in a secure, reliable and scalable manner. Over 100 customers, including many Fortune 500 companies, rely on our product in production for mission critical use cases like connected cars, logistics, Industry 4.0 and connected IoT products. Visit hivemq.com for more details.